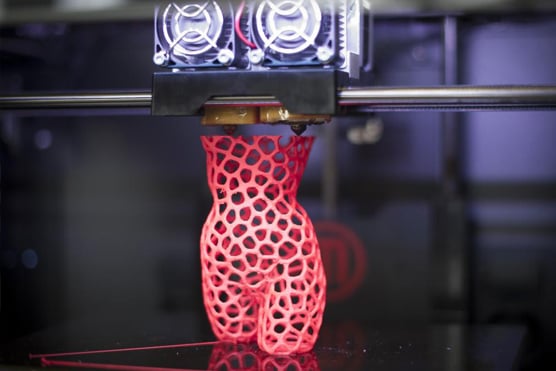 The umbrella term additive manufacturing (AM) gained wide renown in the 2000s. It is now widely recognised as being the 4th industrial revolution; a revolution operating as we speak. A growing number of actors are integrating and applying the technology everyday across all sectors and industries. Indeed, 3D printing has a wide range of applications, wider than we might believe at first glance. This may all seem a bit generic for someone who doesn’t understand or isn’t familiar with the technology. Therefore, we’ll go through what this technology offers and why it is shaping, changing and revolutionising production with some more concrete examples and terms.

In concrete terms, additive manufacturing is the process of converting a digital model into a solid three-dimensional object. Over the years, many 3D printing technologies have been developed in the industry; the common feature is always the creation of a physical model layer by layer. 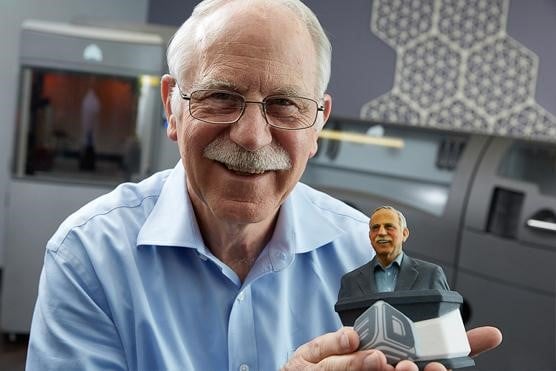 The beginnings of the technology date back to 1981. Hideo Kodama of Nagoya Municipal Industrial Research Institute imagined a rapid prototyping technique using photopolymers to fabricate an object layer by layer. His technique involved light-sensitive resin (photopolymer) that solidified by an UV light to create a three-dimensional model. Hideo Kodama published two papers but never successfully applied for a patent.

Three years later, it was the turn of French engineers to apply for a patent for the same process. Again the patent was abandoned apparently due to lack of business perspective. Finally, Chuck Hull made history by inventing Stereolithography as he deposited the first patent for the technology in 1986. Also known as Stereolithography Apparatus (SLA), the technology uses a material called liquid resin which solidifies under UV-light. Shortly after, Chuck Hull founded 3D Systems and released the SLA-1 printer.

In 1988 Professor Card Deckard of the University of Texas filled a patent for a new technique called Selective Laser Sintering (SLS). This technique is based on the fusion of plastic powder using a laser to create each layer of an object. In the same year, Scott Crump, co-founder of Stratasys, filed a patent for the third of the main techniques for 3D printing, Fused Deposition Modeling (FDM), also known as Fused Filament Fabrication (FFF). The patent was attributed to Stratasys in 1992 and the proprietary technology is still owned by the company today. Many entry-level machines also use this technology but from an open source and prolific RepRap model.

The development of 3D printing materials has varied over the years. Some have improved over time and others have have just emerged with the advent of new technologies. From plastics to metals, to surprising materials such as edibles and even the ashes of the deceased; each material meets specific needs and often adapts to a particular technology.

New formats and materials are constantly being developed into different formats such as resins for DLP and SLA technologies, filaments for FDM technologies, advanced thermoplastic polymers or metal powders for DMLS technologies. These innovations in material enable the development of more resistant models with a higher print quality. Currently, the market for 3D printing materials has a significant reach and is still growing. Many players are betting on its development and it is expected that by 2021, the 3D materials market will reach a value of $1.4 billion. 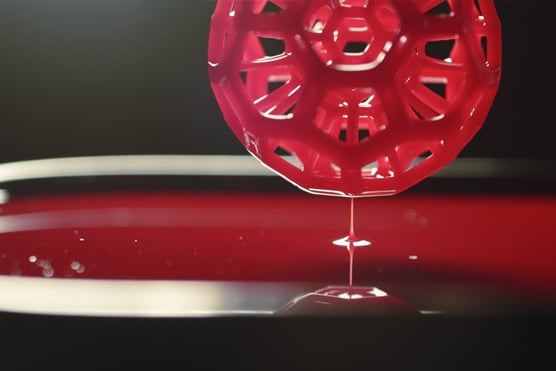 What is the Process?

When you are looking to create a product or piece to be additively manufactured, a 3D printable model will need to be created with a computer-aided design (CAD) package via a 3D scanner or by a plain digital camera and photogrammetry software. CAD models can be saved in an STL format or the newer AMF format. Before printing a 3D model from an STL file, it must first be examined for errors. Generally, STLs which have been produced from a model obtained through 3D scanning have more of these errors. Once completed, the STL file needs to be processes by a piece of software, called a slicer. The slicer converts the model into a series of thin layers and produces a G-code file containing instructions tailored to a specific type of printer.

What are the Benefits of Additive Manufacturing?

Now that we’ve mentioned the history, development and process of the technology, one question remains: what are the benefits of additive manufacturing? We have an article that answers the question thoroughly but generally the advantages can be summarised by the following sentence from Thierry Rayna, “the 3 reasons that should push a company to use this technology: when there is urgency, when the volume of production is low or when the shape of the object is such that it can not be manufactured using other technologies”.

Finally, additive manufacturing has specific advantages and applications for each sector. As Gartner’s Hype Cycle (published every year by the Gartner Institute) predicts, some industries will largely benefit from the current innovations in additive manufacturing such as the medical sector or metal 3D printing for example.

Article by 3Dnatives. Link to article.